25th April 2015 started as just another Saturday wheel in the newsroom, gearing up to clock in the shift and wrap up the week. The clock marked 11: 56 AM and the floor shook, literally. What started as ‘tremors felt in Delhi-NCR’ in 30 minutes turned into ‘Nepal on its knees’. The first pictures pulled from Twitter put a face to the tragedy and 5 hours into the live broadcast visuals captured the unaccountable loss and devastation.

Over 8,500 killed, villages uprooted, sacred ancient grounds left barren. A little over two months after witnessing the tragedy from the backrooms of the newsroom, I travel to Nepal as it resiliently fills in the cracks.

I made my way towards Durbar Square in Kathmandu first thing straight from the airport. The day I reached the wounded capital, the UNESCO world heritage site re-opened to public for the first time since disaster struck. Only relief workers and registered union workers who formed volunteer groups were allowed inside the barricaded boundaries till now. Residents lit oil lamps in front of scarred idols and paid salutations to fallen debris.

Strength of community spirit of Nepal is something that shines through recollections of locals about what happened minutes after the disaster. Sitting on the footsteps of a half damaged shrine, I met artist Ramkumar Bhaukajee. He is working on a series that captures ancient sites before and after the damage. His companion spoke about how many still live in constant fear of another tragedy unfolding, with aftershocks feeding the fear. 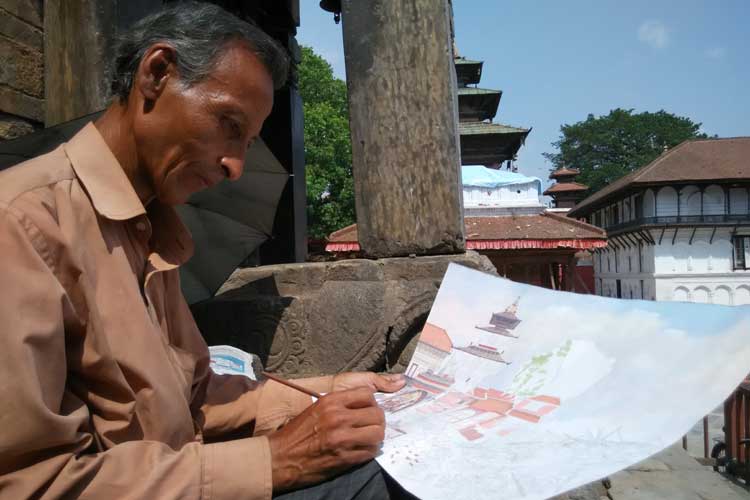 Bhaktapur has been one of the worst hit ancient sites. Despite seeing the un-edited footage from the disaster zone, the real time image is a sucker punch. Residential settlement was built side by side the temples. The houses built by stones and patched by mud. What is left is a wave of damaged structures with personal items buried deep within. Families spend the night in relief camps and by day light return to sift through the debris.

Hoping for a brighter future 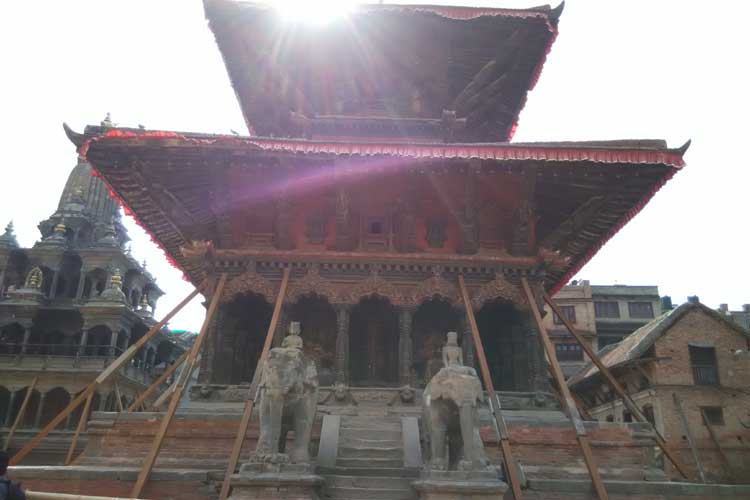 The road to recovery

Just a day after disaster struck, rescue and relief teams entered Nepal in ninja mode. Two months on relief efforts continue. I attached myself for this trip with a relief program being executed by volunteers and donators from India and US with on ground assistance from Nepalese goodwill workers. Two trucks full to the brim with relief material to aide re-building, monsoon protection and day to day food supplies were crossing the border as we walked through the surreal ancient damaged sites.

Hubung supports roughly over 400 families. The earthquake destroyed 25 houses, and partially damaged 15. Hubung residents are slowly beginning the rebuilding process, focusing till now on day to day survival. Villagers are fearing the onset of monsoon as it will further make their lives difficult. They live in make-shift tents made of tin sheets and survive on outside aide for food. We distributed food grains, tea, sugar and salt. Rain shields to reinforce their accommodation. The village was identified through local Nepalese connections and relief material donated by Mr. Wilson Wu of World Spree and Orange DMC. Both are firms seeking to mobilize sustainable development of damaged villages and encourage ‘adopt a village’ concept. 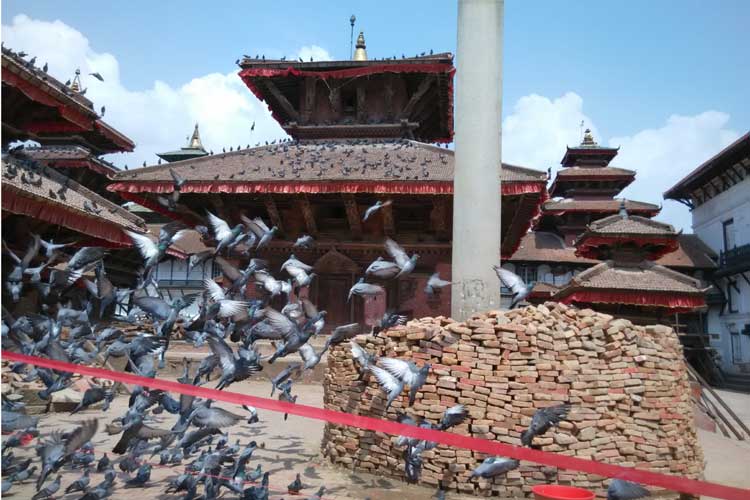 One could sense the frustration of the people with the government, worry regarding the immediate future of their families, fear of the ‘bhookam’. But shining through it all ran a steel sense of resilience. I urge everyone who has the comfort of a sturdy home and means to help. It can be through money, muscle or power of pictures and words via the internet. Donate and volunteer to keep the resilience and hope alive.

Leah and Roisin’s trip to Nepal with Indreni

Building a Maternity Clinic from Scratch in Africa